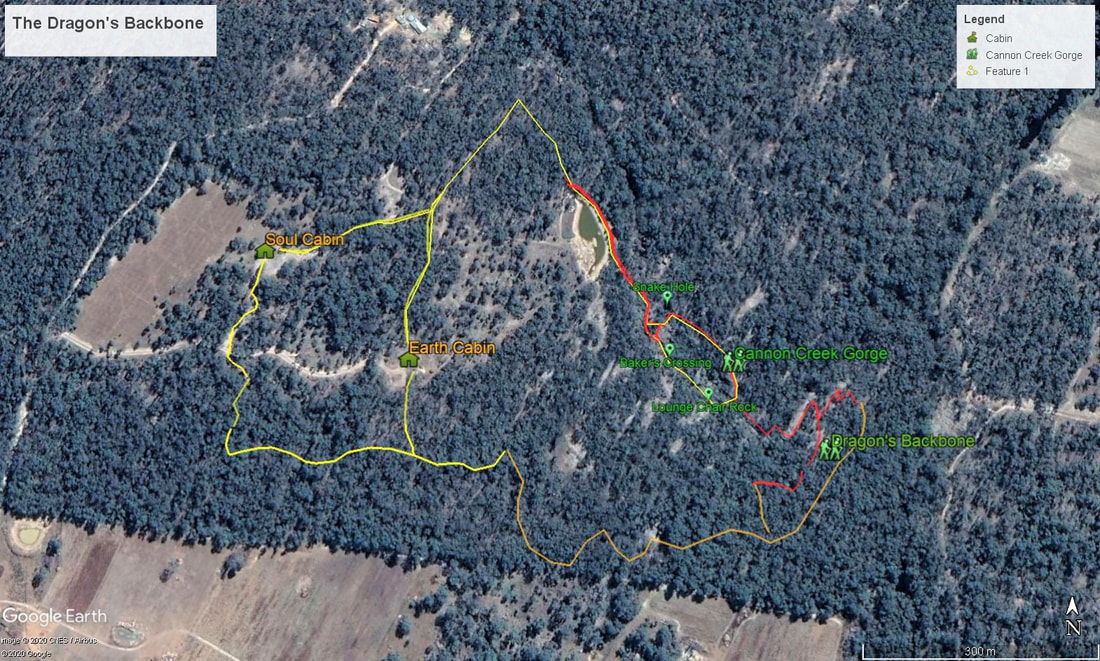 This walk requires a Guide.
The recommended walk is about 2.8km return.
The start of the walk is an easy amble through open bushland along the Middle (southern boundary) Path. Follow the path as it touches the southern boundary with Barker's farm until turning back and it comes down on the bottom side of the Dragon's Backbone, a ridge of granite that separates everything here from the top of the property. There are many places on this property where you might think that you are the only person on the Planet, the Dragon's Backbone is one of those places. I call one section of the Backbone, the End of the World. It is a spot I particularly like as you sit on the boulder at the end and look over the open bushland below. This is one place where I occasionally see Koalas but you have to be lucky.
The section of Cannon Creek that runs along below the Dragon's backbone, I call the Dragon's Gullet. When Cannon Creek hits this granite ridge it turns north-east and later joins the Broadwater. ​It is only a short diversion from below the Dragon's Backbone to go down to the Broadwater where there is a nice open area of rock in the creek bed.

On the southern end of the Dragon's Backbone I found some crystals in the rock and continuing on my penchant for naming things, they became known as Dragon's Teeth.  Just below the Dragon's Teeth you can go down to the Fairy Hole, a waterhole set amongst the rocks where there are often small rock orchids (Tongue Orchids). This is truly the land of magical things, dragons and fairies.

This area is very rough and perhaps never been cleared or affected by bushfire. From the Dragon's Backbone you can make your way through thick bush and rocky landscape to Doro's Hole on the Broadwater or you can connect across to the open gorge and return to your Earth cabin Retreat via the top of the Gorge.
All of the walk through the Dragon's Backbone and the Cannon Creek Gorge area is unmarked and requires a guide. 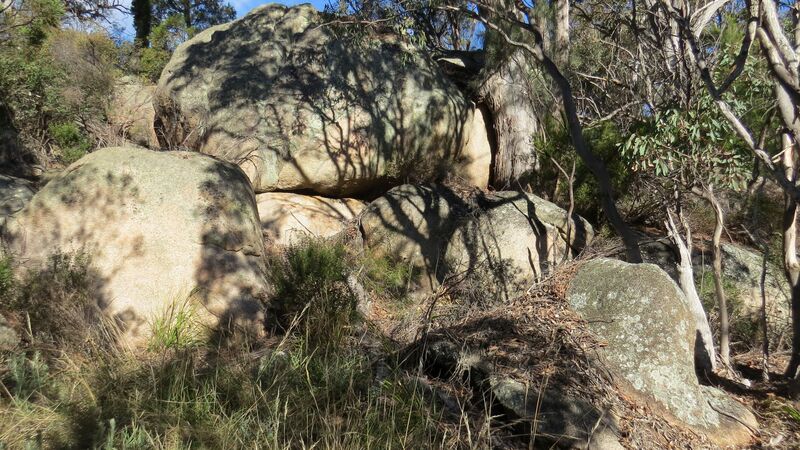 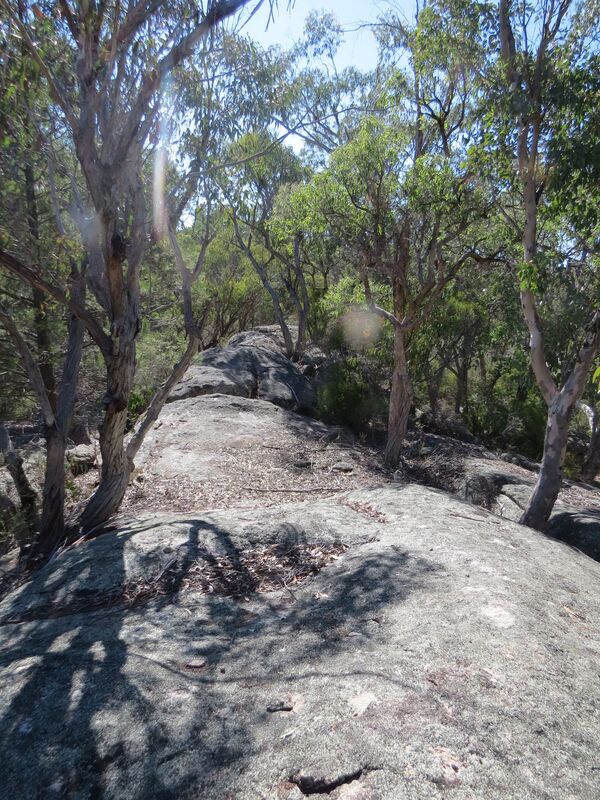 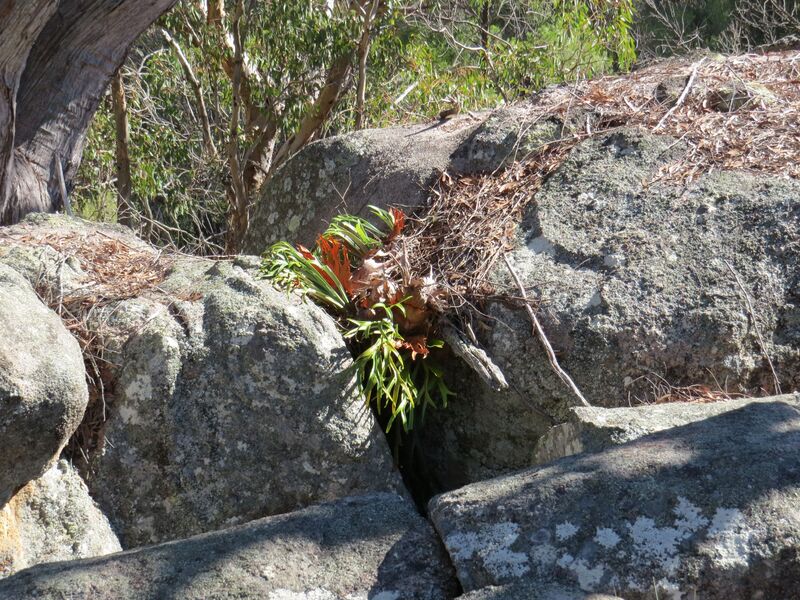 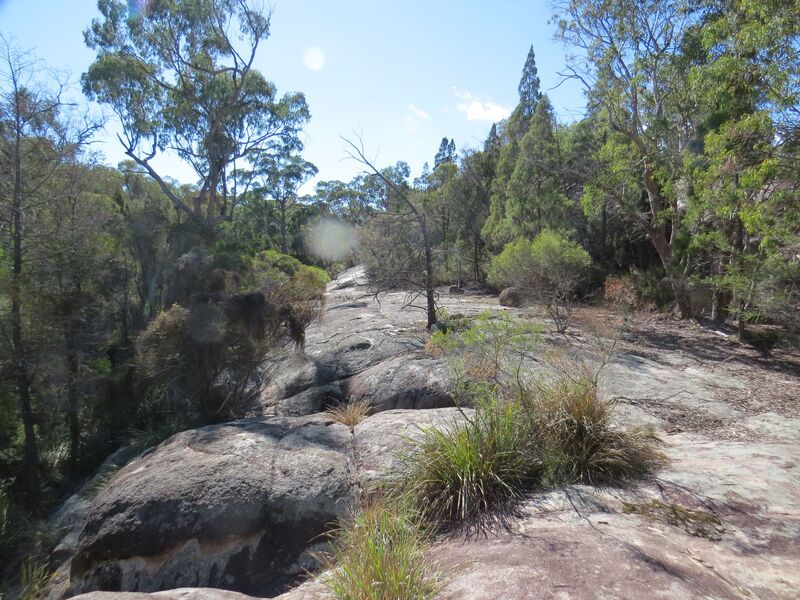 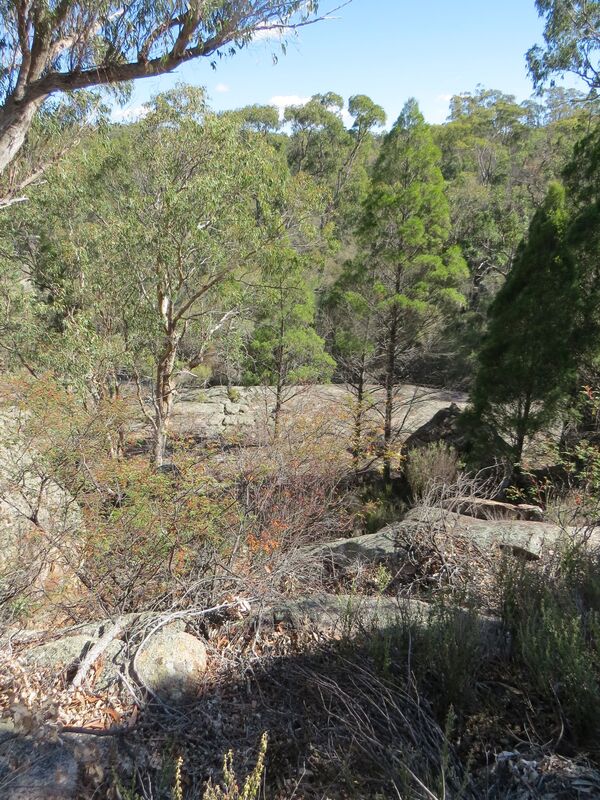 There are various paths that you can follow to return to your Cabin Retreat. I recommend returning the same way that you came.
Please respect the privacy of others and avoid the precincts of the Main Residence and the Cabin Retreats of other guests.
Top of the Page
Return to Earth & Soul Walks
Earth & Soul Experiences
Our Information